When the President Gets a Day of Reflection

After the recent plea deal of President Trump’s former National Security Advisor, Michael Flynn, talk has arisen once again about the FBI’s Russia investigation and removing Trump from office. While Special Counsel Robert Mueller has yet to file any charges against the President, Flynn’s plea deal brings the investigation ever closer to the White House.

It all begs the question – what are the standards that must be met for impeachment and removal of a president? I thought it would be an interesting mental exercise to see how recent presidents could have been punished for their scandals – if the rules, process, and situation were the same as an Upper School student being separated from Shorecrest. Institutions, actors, and actions can be translated into analogous parallels, so let’s take a look. 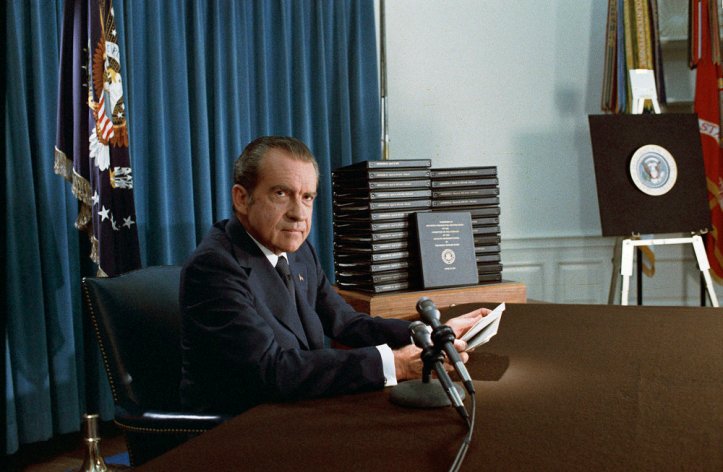 Richard Nixon: Okay, so this is starting with an easy one. Nixon basically helped to cover up a raid on the Democratic National Committee offices in the Watergate scandal, so for comparison’s sake, let’s say a group of kids broke into a teacher’s room to steal some tests – on the orders of some of Nixon’s close friends, or possibly Nixon himself.

Nixon proceeded to do everything in his power to stonewall the investigation, publicly and privately attacking the Honor Council and administration members who were trying to make sense of what happened and stalling handing over documents that were necessary for the case. In the course of the investigation, it became more and more clear that he was breaking rules left and right and attempting to make a mockery of the process. The cover-up became worse than the crime. When it became clear he’d be expelled, he withdrew from the school.

Gerald Ford & Jimmy Carter: Neither of these presidents did anything that was likely to be impeachable or punishable. The biggest scandal of either administration is Ford’s pardoning of Nixon, but that’s well within his power as president and there’s no clear parallel in the Shorecrest Handbook. Both presided over flagging economies – perhaps most clearly parallel to, say, poor grades. Nonetheless, they both conducted themselves in a manner aligning with the rules of Shorecrest. Ironically, both lost reelection. 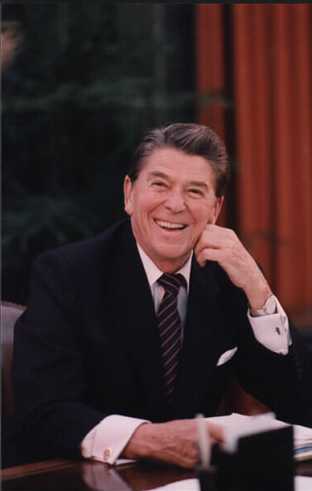 Ronald Reagan: The major scandal of the Reagan administration was the Iran-Contra affair, in which the CIA, on Reagan’s orders, sold weapons to Iran – a hostile government – in order to negotiate the release of hostages in Lebanon and fund rebels in Nicaragua. This violated three things: a ban on arms sales to Iran, a ban on funding the rebels in Nicaragua, and President Reagan’s promise that the US would not trade arms for hostages.

This is a big deal. It seems like this is most parallel to a student selling illegal substances on campus – an offense that will be punished by, according to the Handbook, instant expulsion. The only mitigating factor is that there’s not all that much evidence Reagan himself knew of the vast expanse of the scheme. In essence, Reagan’s friends would be expelled; Reagan himself could face at least a day of reflection for lying to the administration about what he knew. It’s hard to know what exactly would happen; that depends on how he handled himself during the case and whether the accusations can be directly connected to him.

George H.W. Bush: Once again, we have a President who, though he might earn poor marks for the economy, didn’t quite do anything worthy of discussion here. Like Carter and Ford, he also lost reelection. 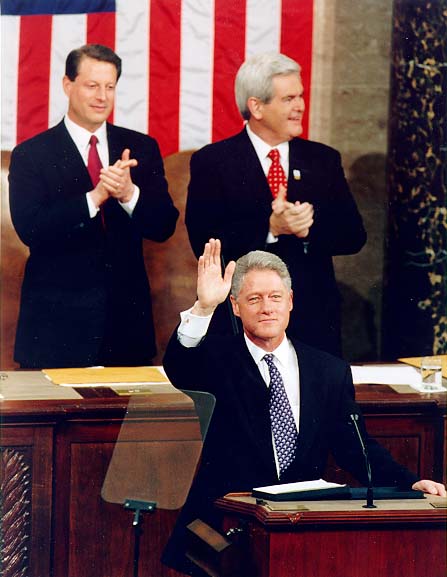 Bill Clinton: Oof. There are two issues here, both involving Clinton’s alleged (or confirmed) sexual misconduct around women working for him while in the White House. In the case of Kathleen Willey, he is accused of sexually assaulting her in the Oval Office; in the case of Monica Lewinsky, he is confirmed to have engaged in an inappropriate relationship with her (in the Oval Office again) – and lied about it under oath.

How would Shorecrest handle a parallel controversy? A male student who was accused of sexually assaulting a female student on campus, and then is found to have had an inappropriate relationship with another student while, again, on campus? And then lied about it? The first is a crime, the second a major school rule violation, the third an honor violation. Clinton would have faced not just expulsion but possible criminal charges (much as he did in real life). 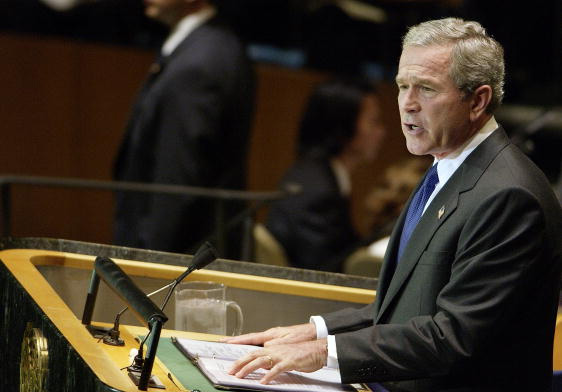 George W. Bush: So here’s the tough question: where does the invasion of Iraq – and subsequent failure to find any weapons of mass destruction, which were the initial justification of the war – factor into our analysis here? Does it represent a violation of international law, a breach of the U.N. Charter? This was by far the biggest failure of his presidency, but does that fall under poor grades or something more?

There are two possibilities here. The first is that this constitutes a failing grade in a class, causing him to be put on academic probation and/or repeat the class. Unfortunately, real life doesn’t have the same flexibilities that school does.

The other possibility is that this is a violation of rules higher than the Shorecrest Handbook. One could see this as, to put it lightly, major vandalism on a rival school’s campus because they (the rival school) taunted Shorecrest at the recent football game. The Handbook clearly states that any violations of local, state, or federal law will result in consequences from the school.

Readers can decide how they want to classify this. I know the subject of the Iraq War is still one under intense debate, so – though I lean towards the second option – I’ll refrain from making a call.

Barack Obama: Well, there’s a reason President Obama claimed, in the last few days of his term, that he’d avoided the second-term curse and conducted a scandal-free administration. He largely did. Though there were undoubtedly issues – the Benghazi terror attacks and the IRS “targeting” scandals jump to mind – there’s virtually nothing that could result in disciplinary consequences under the Shorecrest rulebook for Obama himself. He joins Ford, Carter, and H.W. Bush in his rule following. Interestingly, of the four, he’s the only one that won reelection. 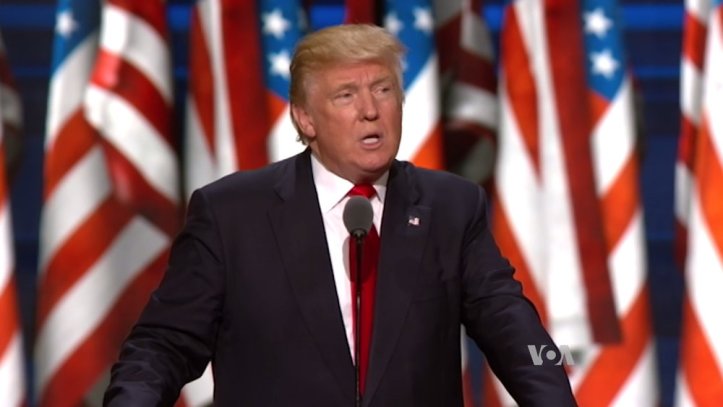 If we put aside the fact that Trump’s conduct in the campaign – openly bigoted attacks on Muslims, women, and Hispanics, attacking veterans, bragging publicly about the size of his … hands (this is a family-friendly newspaper), and, most egregiously, admitting on tape to sexual assault – would likely disqualify him from admission to Shorecrest in the first place, it’s clear that his conduct in office would quickly result in disciplinary action.

If we let this go as a petty feud, let’s also recall his attacks on journalists like Mika Brzezinski (“dumb as a rock,” “low I.Q.,” “crazy”), Don Lemon (“dumbest man on television”), Brian Ross (“lonely,” “should be immediately fired”), and Joe Scarborough (“crazy,” “Psycho Joe”).

These are only personal, apolitical insults he’s tweeted since becoming President. Ignoring everything else in his presidency (such as his recent characterization, for example, of Haiti and African countries as an unprintable derogatory term), he’d be out within a few weeks for repeated cyberbullying.

So, where does that leave us? Over half of the past nine presidents, including both parties, have conducted themselves in a manner that would earn them disciplinary action from a high school.

That’s somewhat worrying. It can’t be a positive thing for civil society that its leaders are making irresponsible, sometimes illegal decisions. Yet, other than Nixon, none of the offending presidents were held accountable via removal from office. If nothing else, this merits a hard look at the institutions that are meant to keep our public officials accountable – it seems we need it.